Palo Verde is considered as the State Tree of Arizona in 1954, joining the ranks of the other famous trees as state symbols. It is recognizable because of its green bark. The reason for this is because the bark is filled with chlorophyll.

Can Palo Verde Wood be Used in an Indoor Fireplace?

One thing that makes this tree attractive to grow is that it requires little water to thrive. Even though this tree has a lifespan that even reaches up to 400 years, it is of a fragile nature. As a matter of fact, due to this characteristic, Palo Verde usually fall when facing strong winds. Fallen logs give homeowners extra wood.

Here’s the thing – even though Palo Verde wood can easily be burned in an outdoor location without any problem at all, there are some things that you might want to take into consideration to make it not desirable to burn in an indoor setup, such as an indoor fireplace.

Fresh wood from this tree produces a subtle, fruity odor which easily turns unpleasant and sour when burned. The smell that it produces tend to linger, making it challenging to remove. It can even stay on for days, which means that if you burn it indoors, the odor might stick to your curtain, furniture, and other items at home.

On top of that, the smell’s pungent characteristics may cause allergies and headaches among people, which is why it is not recommended to burn Palo Verde wood indoors.

Does Not Sustain Heat

Palo Verde wood also does not have the capacity to sustain heat for an extended period of time. This is due to the porous structure of the wood, along with its weak inner core.

The burning speed of this wood makes it less valuable as firewood because it produces heat for a short time and needs replenishment frequently. Even though it may be used for kindling, since it can quickly catch fire, making it a source of heat indoors can be tricky.

Coal formation comes as a result of a process called pyrolysis, or thermal decomposition. This process happens within a period of sustained burning, with which the intensity of the heat in the surrounding of the fuel gets the oxygen in the surrounding air. This results to the wood breaking down into carbon.

Palo Verde, on the other hand, does not have the capacity to produce coals because of its light weight and porous structure. As a result, it has the tendency to burn too fast, undergoing pyrolysis successfully. The lack of coal formation means that fire that is composed of this type of wood will not be able to produce enough heat, and as such, of not much value for an indoor fireplace.

Another unique thing about the Palo Verde wood is that it crackles more than most types of wood when burned. This sound is often produced as the inner part of the wood starts to heat up, with the hot air expelled towards the outer wood layer. This type of wood features a weak structure, which is why the natural crackling noise usually comes with a burst of embers as the wood splits.

When used in an indoor fireplace, the embers that are expelled may immediately pose a danger because they may land on flammable things such as furniture or carpets, and thus, may cause fire.

Is Palo Verde Wood Toxic to Cook On?

As published by the Arizona State University College of Pharmacy, there is no need to worry about toxicity of the Palo Verde wood. This tree is safe and is actually nontoxic for animals and people.

As, such, they are suitable for any home garden. However, it releases an unpleasant smell in its smoke which may not be preferrable, especially when cooking indoors.

Can you burn Palo Verde wood? Despite the wood being beautiful and can serve as ornament for your landscape, it does not do much as an indoor heating source. As mentioned above, there are certain factors that does not make it a good candidate for this purpose. There are a lot of other options however that will make your indoor stay cozy. 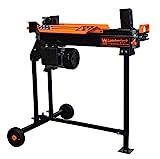 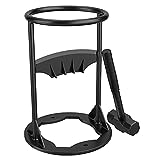 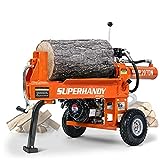